Because people count... that's it! 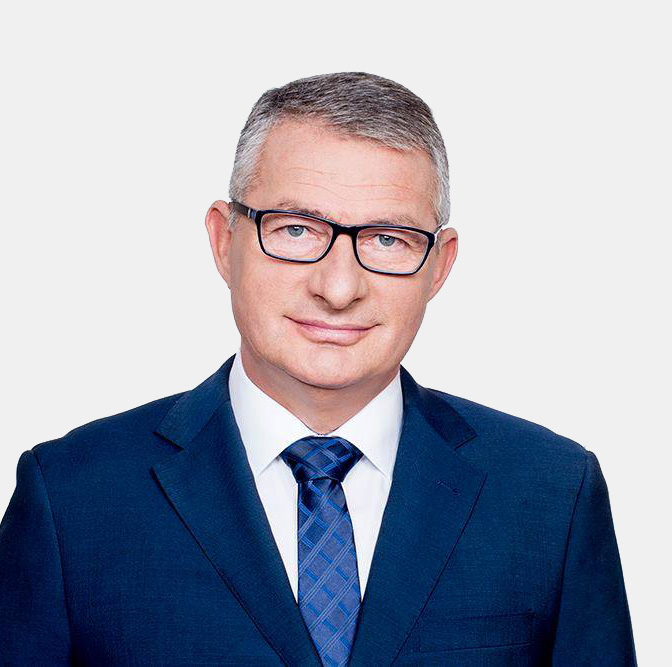 For over 30 years I was a teacher of physical education and later a principal of the Teachers College in Przemysl. I work in the Student Sports Union; I am also an instructor of Polish Scouting Association.

In 2002, I was elected a councilor of the City Council in Przemysl. I held this post till 2009. From 2006 to 2009 I was first the Vice-Chairman and then the Chairman of the Przemyśl City Council.

On 24th June 2009, I was sworn in as Deputy to the Sejm of the Republic of Poland, and in 2011 I was reelected with the total amount of 9204 votes. I am a member of the Health and the Legislative Committee, I am also a member of the Polish - Israeli , Polish - Austrian and Polish -Ukrainian Parliamentary Groups. In 2011 I became a member of the Bureau of the Civic Platform Parliamentary Club.

In my free time I like listening to audiobooks and music (always Pink Floyd) and I actively play sports. For many years I have been supporting sports teams from Przemysl. I can be seen at the football matches, as well as basketball, handball and recently also rugby tournaments. When it comes to foreign sport teams I support Real Madrid. Since 2011 I have been organizing an amateur tournament, "Football Tuesday " in which children from Przemysl and nearby towns are invited to take part. For the last two years we have been hosting teams from Ukraine, which makes the tournament international and helps children from both countries to integrate.

As the Sejm Deputy, I also actively and directly participate in the life of my town and region. Although I do not always have the opportunity to talk with voters in person I attach great importance to the achievements of information technology, which enable various types of contact. I was the first councilor in Przemysl with own website. Today - thanks to social media - I have the opportunity to present my activities , as well as read comments and opinions of voters.